In the early 1800's Meads was still an agricultural hamlet which included three farm houses with their associated bulidings.  Parts of each of these farms can still be seen.  Between 1870 and 1880 Meads had merged with the village of East Bourne and two nearby hamlets to form the town of Eastbourne.

East Bourne clustered around St Mary's Church in the Old Town where the Bourne stream rises.  South Bourne became part of what is now the town centre at South Street.  Sea Houses was situated on the coast just east of the pier. Meads was little changed until the opening of All Saints Convalescent Hospital in 1869.  Harriet Brownlow Byron, Mother Foundress of the Community of the All Saints Sisters of the Poor, had the vision and drive to provide the first purpose-built seaside convalescent hospital in Great Britain.  The All Saints Sisters tended their patients and establised a pilosophy of care which continued for over a century.

Henry Currey, architect to the 7th Duke of Devonshire whose family owned much of Eastbourne, produced a town plan for Eastbourne in 1859.  The town plan was extended west of Meads by Currey in 1872.  It visualised wide tree-lined streets with red briquette pavements trimmed with grass verges.  Currey designed the boundary walling in the vernacular of the predominately red brick buildings. English Heritage confirms that there are only six examples in England where this unique relationship exists between the houses and the streetscape.  Meads, with its two Conservation Areas, forms one of these distinctive examples. 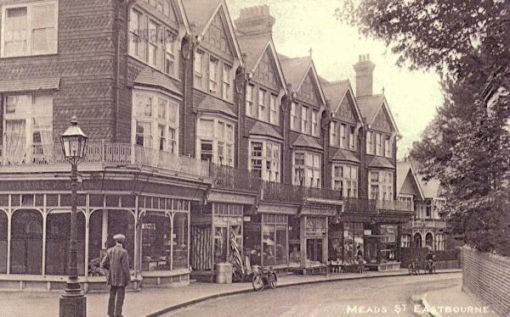 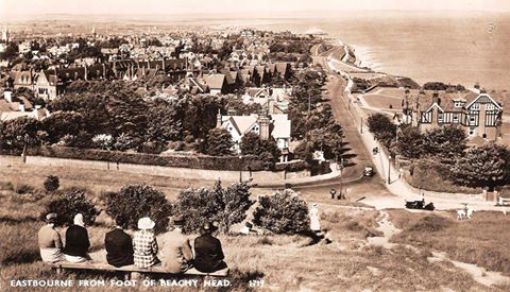