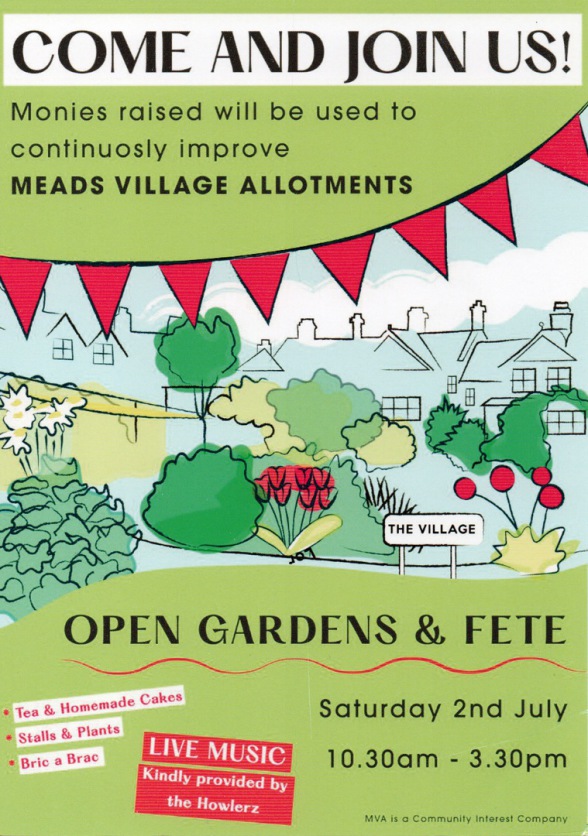 The following report is taken from the Summer 2020 edition of Meads Matters, our quarterly magazine. 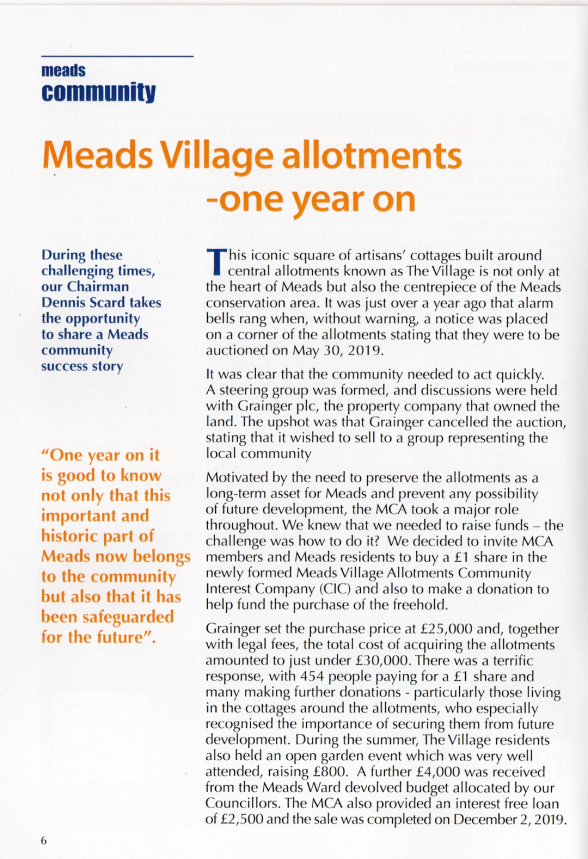 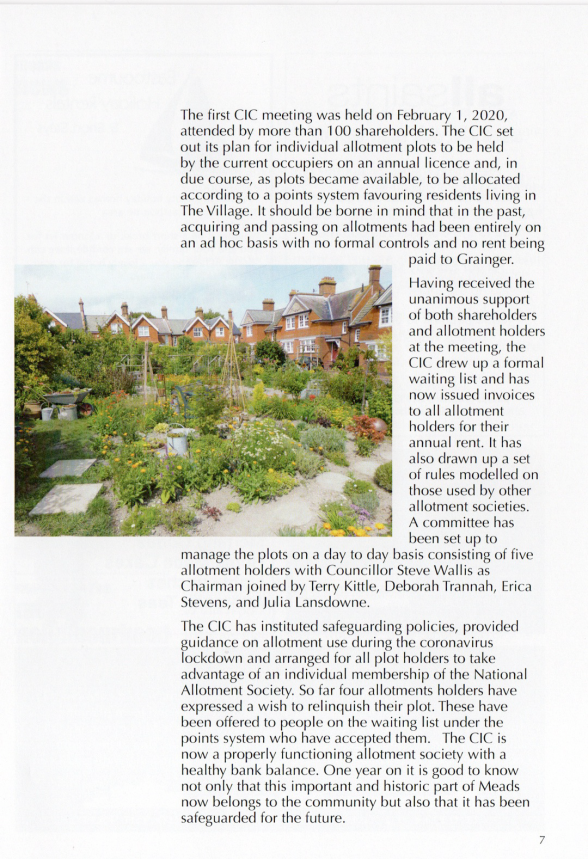 The Directors of The Meads Village Allotments CIC are delighted to report that we have now purchased The Village Allotments in the heart of Meads.  The previous owners of the site Graingers Plc put the plot up for auction in April 2019 and in an effort to make sure that it would be owned by the local community a steering group was quickly formed and discussions began with Grainger plc which resulted in Grainger cancelling the auction. The company very helpfully stated that they wished to sell to a group representing the local community in order to preserve it as a long-term asset for Meads and prevent any possibility at all of future development.

With the support of residents in The Village, Meads Councillor Robert Smart and the Meads Community Association (MCA), we set up the Meads Village Allotments Community Interest Company (CIC) and Meads residents were invited to buy a £1 share in the company and also to make a donation to help fund the purchase of the freehold.  A CIC has a number of benefits; essentially there is clarity and oversight in the running of the company and there is an asset lock which prevents the company being sold.  In our Articles of Association it can only be passed to the National Allotments Garden Trust (charity no.1108147).

The purchase price was set at £25,000 and with legal fees the total cost of acquiring the allotments has been just under £30,000. There was a terrific response from residents with 454 paying for a £1 share and many making donations particularly those living in the homes around the allotments who recognised the importance of securing them from future development.  As a result of a shortfall in donations the MCA has made an interest free loan of £2,500 to the CIC in order to complete the sale on 2nd December 2020 and to provide some working capital.

The Directors of the MVA CIC are Dennis Scard & Barbara Robinson, representing the MCA, Terry Kittle, Rodney Warren and Councillor Steve Wallis representing householders in The Village (two of whom have allotments), Deborah Tranah and Christine Pyemont, representing other allotment holders, and Councillor Robert Smart as an independent Director. The Chair of the CIC is Dennis Scard. The first shareholders meeting will take place at 11.30am on Saturday 1st February 2020 at the Parish Hall, Meads Street.

The individual allotment plots will be held by the current occupiers on an annual licence and in due course as plots become available they will be allocated according to a published points system which is an integral part of the structure of the CIC. There will be a waiting list and points applied accordingly which will favour residents in The Village.  The day to day management of the allotments will be delegated to a management committee and there will be clear rules and regulations for allotment holders based on allotment rules in other parts of Eastbourne.

A great deal of work has been done, and is ongoing, to bring order, transparency and fairness to the management of this land where none existed before and  thanks to the generosity of  the residents of Meads the allotments and gardens in The Village are preserved for future generations.